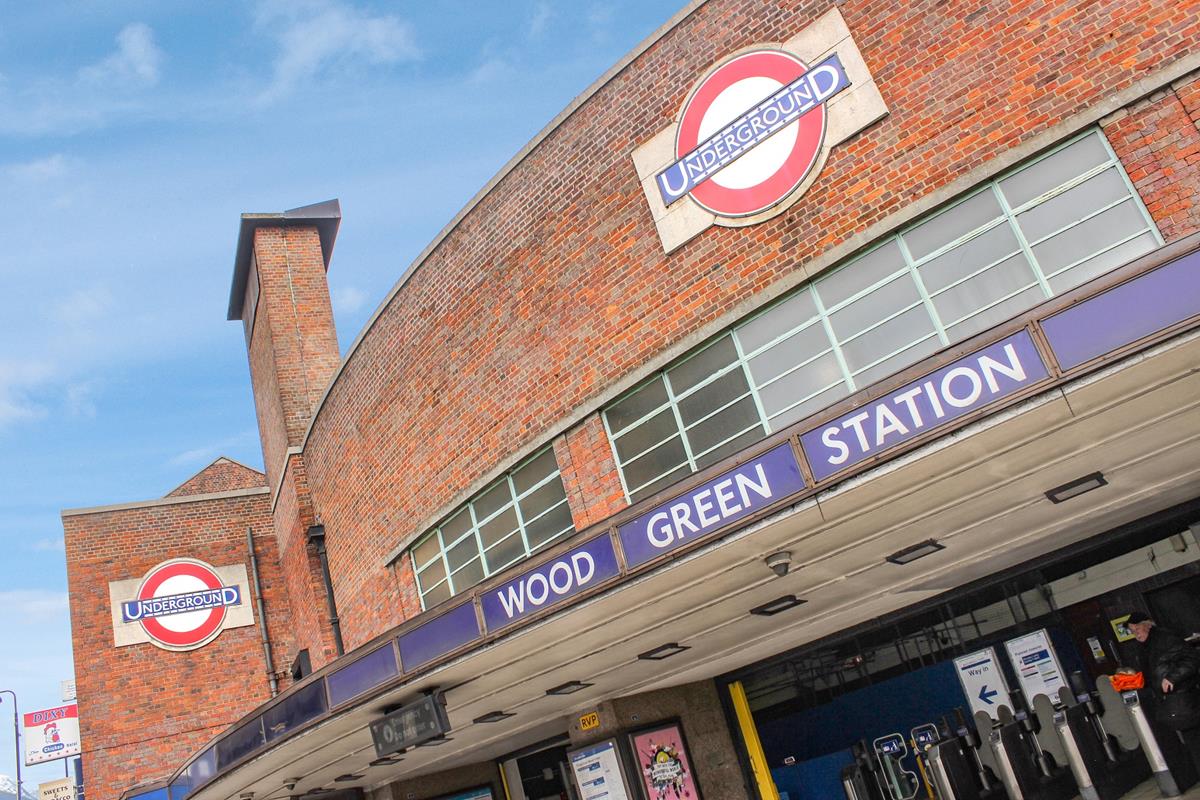 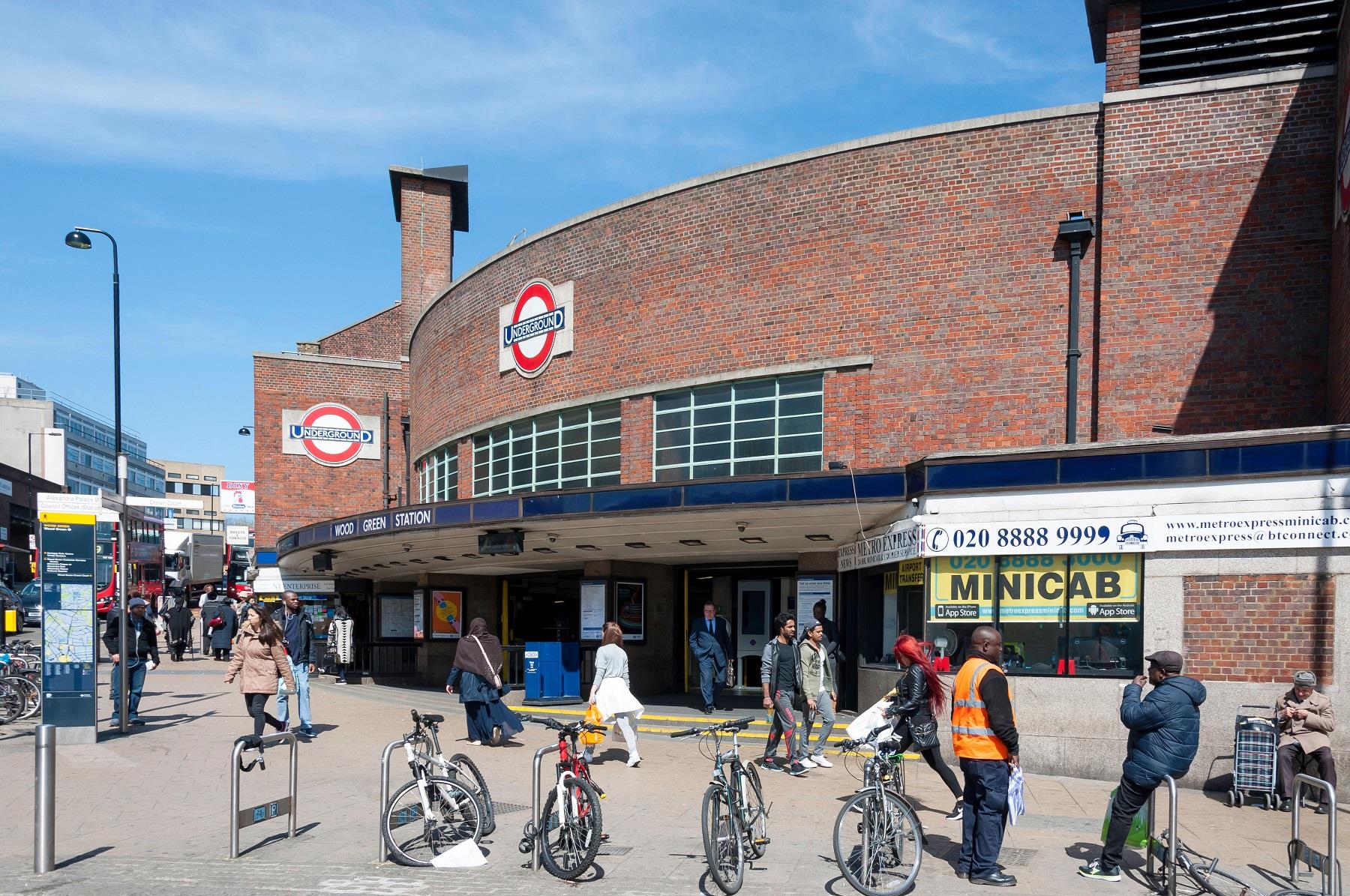 Wood Green, as the name suggests, is a leafy residential area of North London with many local parks and great outdoor spaces. Originally named Woodleigh, Wood Green is an up-and-coming area that boasts an eclectic mix of old and new, with a busy and chaotic high street, as well as being home to the world famous and iconic Alexandra Palace where the first BBC Television broadcast was made.

The idyllic Alexandra Park is locally loved and used by many for walks, picnics, exercise, ice-skating and so many other leisure and sports pursuits. From the Shard to London’s most iconic buildings, Alexandra Palace (commonly called Ally Pally) offers a panoramic view that stretches across the whole of London, and also makes way for a beautiful backdrop for the many festivals, events, and music gigs that bring Alexandra Palace alive throughout the year.

History
In 1801 the population of Wood Green was only 100. Prior to that it’s believed that the roads from London to Enfield that Wood Green provided a thoroughfare to, were probably established in Saxon times through the great forest that once covered much of the area north of London. Alexandra Palace Station, formally known as Wood Green Station, opened in 1859 and helped Wood Green to become increasingly popular. This meant that by 1871 the population had risen to 501. And in 1910 the Wood Green Social Club opened its doors to offer a place for activists (including the Suffragette). This ethnic community continues to boast everyone from artists and young families to keen entrepreneurs and creatives.

Housing Stock
Wood Green attracts more and more professionals and first time family buyers given its close proximity to Alexandra Palace and the underground via the Piccadilly line. The houses reflect pretty Victorian and Edwardian
Terraces and the area still offer pockets that are extremely good value for money when compared with its neighbouring areas like Harringay, Alexandra Palace or Crouch End.

Shopping, food and drink
Wood Green offers some of the best Greek restaurants in the area, and locals are spoilt for choice. Harringay Green Lanes is also just a short walk or bus ride away and has so many exquisite choices for Turkish, Greek and Cypriot food, as well as cafes and old school pubs.

There’s no shortage of food shopping options in Wood Green with Sainsbury's, Tesco, Morrisons and M&S Food, and it also boasts bargain fashion shopping at its fingertips with H&M, Primark, Matalan, Peacocks and New Look. It has both Vue and Cineworld multiplexes, offering ample cinema action and wonderful local pubs like The Starting Gate and The Prince.

Another beautiful asset to Wood Green are the 9 sheds and 13 studios that are part of the award-winning Blue House Yard. A popularly photographed area, the Blue House Yard makes space for independent business, entrepreneurs and creative to buy, do and sell. It’s all part of what could be considered the gentrification process in Wood Green.

Recreational Grounds & Amenities
With Alexandra Palace right on Wood Green’s doorstep, families are spoilt for choice with great areas to relax, picnic, play and enjoy some of London’s best entertainment, both for children and adults.  And not far off is Highgate Woods to the west, and Queen’s Wood adjacent. Or in the other direction, Finsbury Park and ‘The Parkland Walk’ offers a wonderful walk for the family. Close by council-owned swimming pools are the Arnos Pool in Bowes Road and the Park Road Leisure Centre in Hornsey.

Transport
Transport links in Wood Green are excellent; Alexandra Palace train station takes you into Finsbury Park, Kings Cross and onto Moorgate.  Wood Green tube station is on the Piccadilly Line and will get you into Covent Garden within 20 minutes - you can even glide directly into Heathrow’s terminal 5 in around 45minutes. And with the North Circular just nearby it can help commuters avoid the London traffic jams.

Summary
This ethnically diverse area is a great choice for new families, students and keen creatives looking to still get a bargain within London. It has so many nearby choices for night time entertainment and dining, that locals need not be disheartened if the high street doesn’t have the same kind of feel as somewhere like Highbury and Islington. It’s definitely and up and coming area with lots of potential in future years as the council continue to work on the development of the area.